Synopsis: Sometimes you don’t know what you want until someone else has it.

Lily needs a break. A man break. She hadn’t exactly meant to sleep with her friend, Pete, and she certainly hadn’t expected him to confess his love – for another girl – the next morning. If men were going to behave like such pigs, well, she’d happily take some time out.

Besides, her TV career requires all her attention right now. Jack Winters – the gorgeous new talent – is definitely proving a distraction, but Lily is determined to maintain her professional distance, even when Jack starts seeing someone completely inappropriate. It’s only when Lily accepts that good things don’t always come to those who wait and takes a leap into the great unknown that life starts making sense . . .

From the bestselling author of The Younger Man and Amazinger Face comes a funny, heartfelt novel about what happens when life, love, work and friendships collide.

The Wrong Girl by Zoe Foster-Blake is the book that gave birth to the television show of the same name, starring Jessica Marais in the titular role of Lily Woodward. I watched the television show first, and then read the book – perhaps one of the rare occasions this has happened because I only found a copy of the book after the show had started – and I have enjoyed both incarnations. In the book, Lily and her flat mate, Simone are on a break from men – an agreement that is soon broken, and Lily’s work life and her personal life collide when Simone starts dating Jack Winters, the new chef where Lily works on a breakfast TV show. As her relationship with her best friend Pete crumbles, Lily’s work life begins to change and she finds herself applying for a promotion against several people including Nikkii – two kays, three i’s – the celebrity producer who is more concerned with ensuring she looks her best than putting out a good segment and show.

I enjoyed reading this – it was a light-hearted read that had a bit of romance, but also had conflict between family and friends, and had a focus on Lily and what she wanted throughout the novel – in her career and all areas of her life, not just in getting the man. As I read this after the television show, I was prepared for there to be differences. In the book, the television show is called The Daily; in the show, it is called the Breakfast Bar. There are a few name changes from book to show and character additions, but I feel that these differences are needed. It is not often I say this, because often film and television adaptations of books can get things very wrong and it is part of why I do like to read a book first. In this case though, it is something I was willing to overlook. As a booklover, I often find myself thinking of these changes. With The Wrong Girl, they worked for the television adaptation – as changes can be necessary. The novel and the television show have the same spirit though, and Lily is the same person. Zoe Foster-Blake has created a relatable character for my generation – a character trying to balance career, family, and a social life.

I said before some of the changes from book to television show worked – and that is because of the different audiences. There was one character ‘s arc in the book that surprised me, and the way he was dealt with in the book worked just as well as he does in the show. I don’t often compare the different media of a book and its adaptation but here I felt I should, as I have experienced both. Knowing that The Wrong Girl in its novel form is a stand-alone book should make future seasons of the television show interesting to see where they take the characters and if threads of the plot in the book that weren’t incorporated into season one make it into the next season.

A nice light read, and one that can be picked up at any time, without having to worry about catching up on who is who in the story. 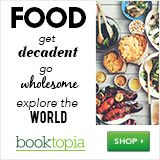 1 thought on “The Wrong Girl by Zoe Foster-Blake”