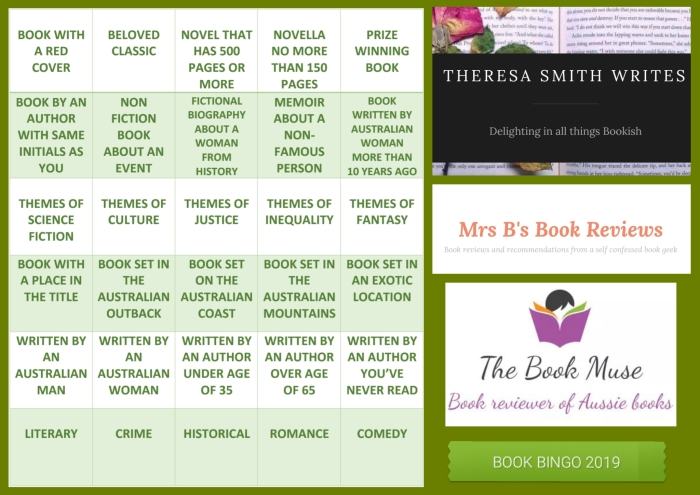 Hello, and welcome to my third last book bingo for the year with Amanda and Theresa. After this one, I have to check off a book over 500 pages, and a book by an author with the same initials – the latter of which I think I have chosen. This week, I am marking off the prize winner square with two books and getting a BINGO for Row Five Down. Specific details of the awards can be found in the reviews and in associated links in the reviews. 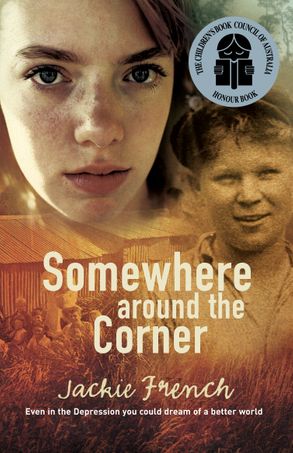 My first prize winner book won the Children’s Book Council of Australia Honour Book, and this is Somewhere Around the Corner by Jackie French. Set during 1932 and the Great Depression in Sydney, it centres around a young girl called Barbara, who slips around a corner from 1994 to 1932 – and finds herself in the middle of a demonstration during the 1930s. Taken back to Poverty Gully by Young Jim, Barbara finds out what being part of a family is like, and what it means to stick together through good and bad times, such as the Depression. It is based on people Jackie knows and stories she has heard

My second prize winner won a Notable Book award from the Children’s Book Council of Australia. Alexander Altmann A10567 by Suzy Zail is another historical fiction story seen through the eyes of a child and based on true stories. Like Somewhere Around the Corner, Suzy’s novel explores a time of horror and darkness, and the unknown, though the eyes of a child, and the hope that that child has to survive and things to get better. 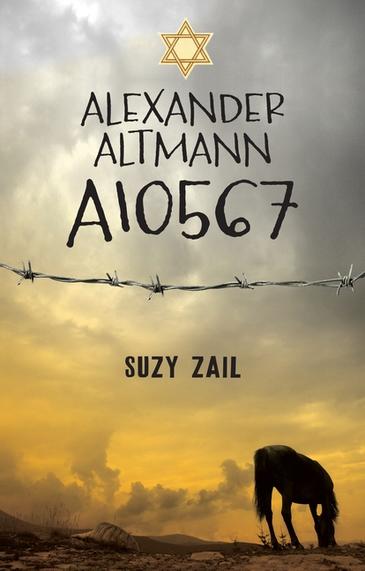 Both of these books were inspired by real people, stories and events, and are deserving of their awards because they are told so simply, yet are so powerful, that the emotions in them will affect readers of all ages. A great two finds to tick off this category.

A book with a red cover: Children of the Dragon: Race for the Red Dragon by Rebecca Lim – #AWW2019
Beloved Classic: Seven Little Australians by Ethel Turner – AWW2018
A novel that has more than 500 pages:
A novella no more than 150 pages: Deltora Quest: The Forest of Silence by Emily Rodda – #AWW2019
Prize winning book: Somewhere Around the Corner by Jackie French – #AWW2019, Alexander Altmann A10567 by Suzy Zail – #AWW2019

In this post, I am also including a Book with the same initials as my name. This one was tricky, but I settled on The Book Ninja by Ali Berg and Michelle Klaus. This fits, as their first names make up my initials, and this was one that I was able to twist to suit my needs, as it wasn’t easy to find a book that I hadn’t read before or could easily access to fit here. What I loved about this book was its celebration of books and bookstores, and the love of literature that so many people enjoy, but that is often shown as a nerdy exploit rather than something to be treasured.

A book by an author with the same initials as you: The Book Ninja by Ali Berg and Michelle Klaus – #AWW2019

Non-Fiction book about an event: The Suicide Bride by Tanya Bretherton – #AWW2019

Fictional biography about a woman from history: Fled by Meg Keneally – #AWW2019

Memoir about a non-famous person: Australia’s Sweetheart by Michael Adams

A book with a red cover: Children of the Dragon: Race for the Red Dragon by Rebecca Lim – #AWW2019

Book by an author with the same initials as you: The Book Ninja by Ali Berg and Michelle Klaus – #AWW2019,

Written by an Australian man: The Honeyman and the Hunter by Neil Grant