Synopsis: Meet the ghosts in this hilariously heart-racing and spooky adventure and young souls of 8+ by the author of the bestselling Land of Roar series. Perfect for fans of BBC’s Ghosts!
Sid Jones loves hanging out in the graveyard with her best friend Zen – they are desperate to see a real-life ghost!

But when Sid accidentally summons a 300-year-old pirate from the dead, it opens the door to the HALFWAY HOUSE – a magical inn FULL of lost souls from across the ages, all trapped there by a sinister landlord.

There are more ghosts that Sid could ever have imagined – and they’re all sure Sid is there to save them! (Sid’s sure there’s been some kind of mistake.)

But someone else is watching, and they’re not happy about Sid helping the ghosts . . . TICK, TOCK – TIME IS RUNNING OUT

Another epic adventure series from the author of the Land of Roar, with magic, peril, pirates, lots of laughs and LOADS of ghosts

Sid Jones lives in Fathom with her father, who runs the local miniatures museum. She loves hanging out in the local graveyard with her best friend, Zen, but lately she’s withdrawn from many of the things she loves that school bully, Owen, mocks her for. So Sid starts pulling away from Zen, especially when she accidentally summons a 300-year-old pirate ghost with a Crunchie and the use of a red gel pen! She hates it when he follows her around, annoying her about his treasure and unfinished business. And she’s embarrassed by Zen, whose outrageous dress-ups always attract Owen’s attention, and she’s keen to avoid that. But when the ghost takes her to the Halfway House, filled with lost souls, she decides to help – despite the sinister landlord, Old Scratch. Yet someone is watching them, and time is running out – can Sid and Zen help Ezekiel ‘Bones’ Kittow in time?

The first in a new series of fun books about two kids helping ghosts find out what their unfinished business is, aided by the pirate ghost known as Bones – yes, Jones and Bones! Set in a small coastal town in England called Fathom, the story is imbued with the history of piracy, excellent diverse characters, and a sense of magic, whimsy, and wonder as it connects with the afterlife, ghosts, treasure and pirates! This rollicking adventure is set in a quiet little place, where the small world of Zen and Sid is the backdrop. It comes to life throughout the book, and we’re given a small slice of their world through their eyes. I loved that it gave the kids a voice and allowed them to go on adventures whilst their parents were around and a presence. It felt a bit like an updated Famous Five – with ghosts added, and with the kids grappling with school at the same time, rather than being on holiday all the time as in Enid Blyton’s series.

I loved Sid and Zen’s world, and the big feelings of kids on the cusp of becoming a teenager – being caught between wanting to fit in, wanting to be invisible, but also wanting to be yourself and trying to find out who you are, all whilst growing up. I think these are things we can all relate to, because we’re always growing and learning, even if we’ve finished our physical growth and all of our formal education. It is a universal theme that I think glows more in children’s and young adult literature, and that we probably need a bit more of in adult literature, to show that we’re not fully formed once we hit our twenties. In this book, it was really nice to see the ups and downs of pre-teen friendship, with a ghost along for the ride, and it is the kind of book that will send chills down your spine – it might be scary for sensitive readers but there will be an audience out there for it, and it looks like it is going to have a sequel at least, so it will be interesting to see where Zed and Sid go, and if Bones goes along for the journey with them.

This is the kind of book that allows individuality, girls, and girl-boy friendships to shine. Books for kids these days have so much more diversity – in the characters, in what they like to do, in plot, and in the kinds of friends and friendships they have – it’s such a delightful time to be reading children’s literature, because I can enjoy the new stuff, but still read the old classics. These books in both categories are fun and comforting, and filled with adventure. Ghosts are getting big attention at the moment – I have read a few books lately where ghosts feature and it is always interesting to see how the trends come and go, and which book endure. This was fun, and amusingly dark at times, with a few touching moments that gave the story immense meaning for the characters and readers. I hope this story finds its readers out there. 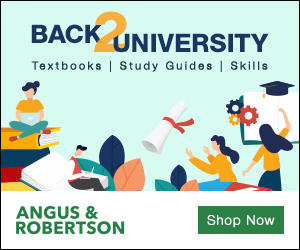 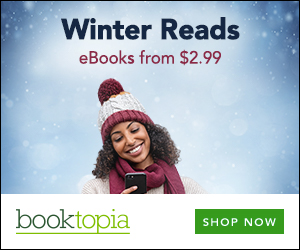