Synopsis: The fascinating story of the daughter of First Fleet convicts who managed to overcome her humble origins to become the mistress of the grandest home in colonial Sydney.

‘An astonishing story of lust and love in early colonial Australia, shocking, entrancing and utterly enthralling.’ – Sue Williams, author of Elizabeth and Elizabeth

Born on Norfolk Island to First Fleet convicts, Mary Ann was destined to become a farmer’s wife. Instead, at the age of fourteen she entranced the island’s Commandant, the charming and flirtatious Captain Piper.

Learning how to behave as a lady, and overcoming the stigma of her origins, Mary Ann became mistress of the colony’s grandest home when Sydney was just becoming a party town. With scores of servants, she and Captain Piper entertained on a scale that had never been seen in the colonies, hosting magnificent garden parties, dinners and balls for hundreds of guests, including governors of New South Wales. But the Pipers were living beyond their means, and trouble was around the corner.

Mary Ann’s life journey from barefoot child to Sydney’s fashionable society encompasses triumphs, tragedies and travels around the globe. For the first time, Jessica North’s biography reveals Mary Ann Piper to be one of the most remarkable women in Australia’s early history.

Mary Ann was born on Norfolk Island to two convicts from the First Fleet, and was destined to remain there as a farmer’s wife. But a chance encounter with Captain Piper changes her destiny – and sees her become his mistress, though many assumed her to be his wife – and they began a charmed life in Sydney just as the town became rich and a place for socialising and partying. Mary Ann and Piper would continue to live beyond their means, and have fourteen children, ignoring the trouble that brewed as they tried to maintain their standing in society in the colony of New South Wales. Jessica North’s story of another colonial woman – one who reinvented herself, illustrates just how many gaps there are in our history. Women’s story, Indigenous stories, immigrant stories – are all often ignored, particularly in colonial history, or at best, they are spoken about in generic terms, without names and people. Just assumptions or generic records based on what the official records said.

Jessica is one of those authors who works to uncover these histories and builds a narrative around them, making the focal figure of her work human and giving the historical period more colour. Each book focuses on one person and in doing so, she allows for more stories to be told, for a broader history to become accessible to all, and hopefully, will pave the way for more diverse voices and stories to start coming out, because this will provide a deeper understanding of the history of Australia when all voices and stories can be told, not just those who had power and influence at the time of recording such events.

It is important to note that these stories create a chance to learn more about our history, and that there may be times when the authors have had to fill things in creatively based on what they find – at least for creative non-fiction like this. It allows us to gain an insight into what people’s lives were like, what the times were like, and to see how colonial Australia, specifically in this case, colonial New South Wales, was formed. It allows a broader history to be explored, though it still focuses on Mary Ann’s story within the broader history of colonial Sydney in the decades following the arrival of the First Fleet in 1788. I do hope that stories like these can help us broaden what we know as well as opening up avenues for other stories from people of other marginalised backgrounds to be told, because in doing so, we can gain a better understanding of Australia as a nation and all those who have contributed over the years. 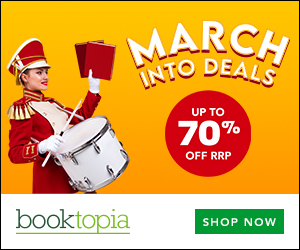 2 thoughts on “Mary Ann and Captain Piper by Jessica North”