Synopsis: A stunning 21st Anniversary edition of the Deltora Quest books in one hardback collection. Emily Rodda is Australia’s number one fantasy writer for children. Cover artwork by Deltora artist Marc McBride. The perfect collector’s edition for fans of all ages.

Deltora Quest Series 1 tells the story of three companions – Lief, Barda and Jasmine – who are on a perilous quest to find the seven lost gems of the Belt of Deltora. Only when the belt is complete will the evil Shadow Lord and his rule of tyranny be overcome.

This best-selling series of eight books is set in the fantasy world of Deltora, a sprawling kingdom if magic and monsters, bordered by the sea and a vast, curving mountain range, beyond which is an unknown territory called The Shadowlands.

An appealing aspect of these books is the series of brainteasers, puzzles, clues, and mysteries that the adventurers must solve to fulfill the quest.

This bind-up presents all eight stories in one volume.

Deltora Quest has been loved by readers for twenty-one years. My generation were the first to read it, and they were some of the books that were constantly out of the library – often to the point that one could not get them when you wanted them. Reading the series in adulthood is just as thrilling as reading it as a kid, and following the journey that Lief, Barda, and Jasmine take to find the lost gems of the Belt of Deltora, starting in the Forests of Silence, and going onto seven different areas where they have to face monsters, threats, puzzles, and games to get the gems that they seek. But will they find all seven and restore peace and safety to the city of Deltora?

This is a rollicking adventure taking place across eight brilliant stories that are full of threats, danger, and games that readers can try and solve along with the characters, picking up on the patterns, and as many are show in illustrations, it can be fun to have a go at them yourself if you feel so inclined. Anniversary editions are always special – they mark an occasion but also show what indelible mark on Australian literature and fantasy lovers this book has had to have reached an anniversary like this – it is a classic within the literary world and mention this book to anyone working at the publisher or any Millennial and they will have fond memories of it, uttering words such as oh what a classic!

Lief, Barda, and Jasmine are at the core, much like any other trio in fantasy – on a quest to save the world, but it is their unique talents and skills that create the tension and help them on the journey. Their journey will also lead them to the heir of Deltora – the true ruler, and the one who can help defeat the Shadow Lord and bring Deltora together in unity and peace.

Reading this book again was just as fun as the last time, and one that will be adored for generations to come. This bind-up makes it even more special, allowing readers to treasure it for years to come, whether you are new to it, reading it again or introducing it to younger readers in your life. As one of the biggest Australian fantasy stories, this deserves a place on the shelf of all Australian children as it teaches us about friendship, loyalty, acceptance, and working together for a better future. 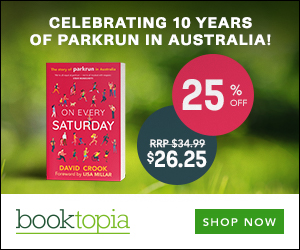