Title: Draigon Weather: The Legacies of Arnan Book One

Synopsis: The brutal, drought-bringing heat that arises from the colossal, near-mythical Draigon, is a fell portent, heralding the doom of a bad woman.

When Leiel’s mother is sacrificed to the Draigon to relieve the terrible drought, Leiel is marked by the shame brought to her family. She must leave school, relegated to a new life of servitude.

Cleod, the woodcutter’s son, is Leiel’s closest friend. To avenge Leiel’s mother, he vows to rise above his station and join the Ehlewer Enclave, an elite society famed for training men to kill Draigon.

The friends’ lives take different paths. Cleod struggles with divided loyalties as he learns he cannot be a Draigon hunter while remaining a friend to a tainted woman. Leiel seeks forbidden knowledge and old secrets, placing herself in danger of sharing her mother’s fate.

When Draigon Weather returns to the land, Cleod has the chance to fulfil all his promises—both to Leiel and to his new masters, the Ehlewer. But as the rivers choke on their own silt and heat cracks the earth, the choices the two friends made begin to catch up with them, for what plagues Arnan is more than just a monster.

A copy of this book was sent to me by the author for review.

Leiel Sower is a girl in a place threatened by what they cannot understand – educated women. She attends school, despite disapproving looks, and is educated at home by her mother, Ilora. For several years of her childhood, Leiel is happy, she has a friend, Cleod, and they both have dreams. Until the day the Draigon Weather comes, and Leiel’s mother is sacrificed to the Draigon to relieve a drought that has plagued Arnan for too long. In the years that follow, Leiel and Cleod’s lives take off on different paths. While Cleod trains to be one of the few who can fight the Draigon, Leiel’s life becomes one of servitude to her brothers, Gial and Klem, and her father. The return of Draigon Weather brings Cleod back, hoping to fulfil his promise to Leiel to make sure she doesn’t meet her mother’s fate – but they must face more than just the Draigon that plagues Arnan.

I love a good fantasy story, and one that focuses on friendships between women and between the main male and female characters is always of great interest. Showing these relationships between Gahree and Leiel, Leiel and Cleod and Elda, Torrin and Leiel play a large part in the story, and how Leiel relates to her world and her family, and what drives her. Leiel is a character who does not let her circumstances and status in her family and society define her. She fights against it, subversively, and makes her voice heard, even though it is often overruled, she finds comfort and power in making herself heard, even if her brother, Klem, refuses to listen to her, she has a partial ally in Gial and a friend in Cleod, and the other women in her life, \who understand the struggles she is facing.

The world of Arnan is also complex, where certain classes and men are valued over other classes and women, and where everyone seems to publicly accept the rules, but subversively, and within the rules of the world around them, try and rebel and change it from within. It is a world of tradition, but tradition that needs to be broken apart and rebuilt, in a world where certain behaviours mean you’ll be sacrificed to a hungry Draigon.

I was contacted by the author to read and review this book after she found my blog and was asked to read and review this book. I gladly did, and I enjoyed Leiel and Cleod’s story. I particularly enjoyed the focus on friendship and platonic love over romantic love, and the strong female characters who don’t let anything keep them down and stay true to themselves. It is a story about the power of friendship, and the subversive powers that society sees as a threat and challenge to the status quo of Arnan, not realising what the people that the Council looks down upon can contribute. The bonds of friendship throughout this novel were strong, and enduring until the end, and the last pages gave a nice set up for what is to come in book two.

This is a very enjoyable read for lovers of fantasy, dragons, and those who like their relationships between all characters to unfold and develop into friendship and bonds that cannot be broken. I hope the questions Cleod had at the end will be answered soon. 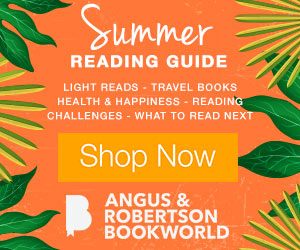