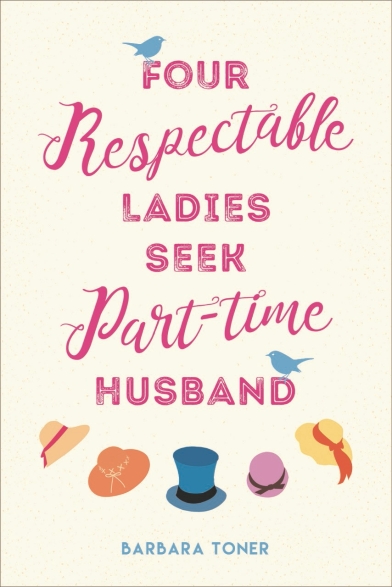 ‘When Adelaide Nightingale, Louisa Worthington, Maggie O’Connell and Pearl McCleary threw caution to the winds in the most brazen way imaginable, disgrace was bound to follow.’

It’s September 1919. The war is over, and everyone who was going to die from the flu has done so. But there’s a shortage of husbands and women in strife will flounder without a male to act on their behalf.
And in the southern New South Wales town of Prospect, four ladies bereft of men have problems that threaten to overwhelm them.
Beautiful Louisa Worthington, whose dashing husband died for King and Country, is being ruined by the debts he left behind.
Young Maggie O’Connell, who lost her mother in childbirth and her father to a redhead, is raising her two wayward brothers and fighting for land she can’t prove is hers.
Adelaide Nightingale has a husband, but he’s returned from the war in a rage and is refusing to tackle the thieving manager of their famous family store.

Pearl McCleary, Adelaide’s new housekeeper, must find her missing fiancé before it’s too late and someone dies.
Thank God these desperate ladies have a solution: a part-time husband who will rescue them all. To find him, they’ll advertise. To afford him, they’ll share . . .
~*~ 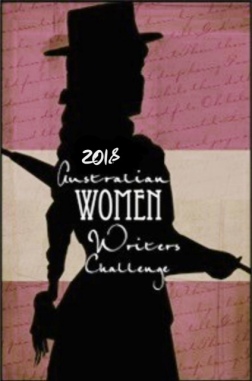 In 1919, the world is emerging from the ravages of war and Spanish flu, scarred and in mourning. Returned soldiers struggle with physical wounds, and wounds of the mind as they return home, and retake the jobs they had to leave from the women they left behind. In the small town of Prospect in southern New South Wales, four women, each with very different circumstances and needs, are searching for help. Seventeen years after women have been granted the right to vote in Australia, they still fight to own property, and stand for government positions, and in some cases, to have their voices heard above others.

Louisa Worthington is a war widow, living on a property impoverished by the debts her husband has left her with in his death – and cannot see a way out. Nearby lives young Maggie O’Connell, who at nineteen, has been left alone by her father, who mysteriously disappeared three years prior, leaving her to raise twin brothers who would rather destroy things than go to school. In town, a few houses down from Louisa, lives Adelaide Nightingale, whose husband has returned, angry from the war, and unwilling to help his wife, take care of the manager of their store, stealing money from them and customers. With them, their maid, Pearl McCleary needs help finding her fiancé before tragedy strikes at the heart of their family.

These four women initially don’t get along – they have preconceived notions about each other, but it is only when they realise that they are in a similar position, where they need help – a husband who can see to all their issues and needs without forming emotional attachments, and see to it that the store manager is dealt with, that Maggie’s brothers and farm are helped, and try to help Pearl and Louisa with what they need. So they set out to search for such a man, a part-time husband, who will divide his time between them for the store, the boys, searching for a fiancé and dealing with money issues and blackmailers. Little do they know how close they will become through this venture, and what the outcomes will be – and what he will come to mean to each of them when tragedy threatens their community.
Australian authors have a unique way of telling a story, and combining genres and subtleties of genres to create a surprising story that is not always what it seems. There is a light-hearted feel to this book, especially at the beginning, yet as the story goes on, the complexities of the characters and their backstories begin to develop a gravitas to it, whilst still maintaining the Australian larrikin feel that weaves in and out of the story, and adds moments of light-heartedness when needed. Barbara Toner uses the four ladies and the part-time husband’s perspectives to tell the story, and seamlessly weaves in and out of each ne, and into the next, connecting them in scenes. Each character harbours secrets that are revealed slowly throughout the novel, and drop just when the reader and the rest of the characters need to know.

In defining a genre for this, I found it hard, because whilst there were hints of romance, it didn’t focus on romance. It had drama and humour in equal proportions, and hints at the war and what has happened in the previous years, slotting it into historical fiction, and literary. It is a character driven novel, with characters the reader gets to know and comes to care about.

It is a novel that can be enjoyed by many, and is one that I found interesting and enjoyed the way the four women took charge of their lives in the absence of the men who were meant to protect them. It showed that they didn’t necessarily need the part-time husband or men, but they could find a way to manage on their own, with each other’s help.

This book has marked off another square of my book bingo – square five in row four. I am aiming to post an update on this every two weeks, and will link to relevant posts when I do. 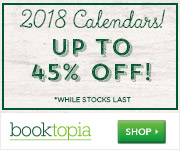