Synopsis: From the picturesque streets of pre-war Vienna to Britain’s atmospheric cities in the grip of war, Esther’s Children is the perfect read for fans of Kate Quinn’s The Alice Network, and Kelly Rimmer’s The Warsaw Orphan.

Inspired by the extraordinary life of Esther Simpson, Esther’s Children is a powerful novel of love and courage.

Tess works tirelessly to rescue at-risk academics and scientists from across Europe, trying to find positions for them in Britain and America. In 1938, she secures employment for Harry at Imperial College, London, their love affair intensifying as the world heads into war; yet they are separated once again as Britain moves to intern European refugees.

With Harry detained on the Isle of Man while still waiting for news of his parents, Esther and the Society plead with the government for the interned scientists’ release. When Harry is eventually liberated, his future with Esther is by no means secure as he faces an impossible choice.

Confronting the horrific dangers of World War Two with remarkable integrity and bravery, Esther Simpson is revealed as an exceptional heroine.

In the 1930s as the Nazi regime marched across Europe, a British organisation worked to rescue academics from Fascist and anti-Semitic governments. One of the women behind this mission was Esther ‘Tess’ Simpson, and her story is a true story, forming the basis of this novel. Tess is the daughter of Lithuanian refugees and is determined to save as many people as she can. On one dangerous trip to Vienna as the Nazi party is taking power across Germany and Austria, Esther meets a physicist and violinist Harry Singer, and does all she can to convince him and his family to leave so they don’t end up in the camps that many are going to be sent to.

Yet even as Harry settles in England in the early years of the war, soon, he is ripped away from what he knows, unaware that his family have made it to safety elsewhere. He’s imprisoned as an enemy alien on the Isle of Man with many other Jewish refugees and a few Nazis who have found their way in. One day, they all face an impossible choice – and Esther and Harry are thrust into a terrible decision once they find each other that will determine their futures as the world descends into war.

Tess’s story is powerful and evocative – her children are the refugees she rescued, the ones she got to safety, and away from the dark clutches of the Nazis, and to a world where they were safe and ended up contributing their scientific knowledge to Britain and America -which would result in devastation at the end of the war. I loved the focus on Esther’s work – it gave the book a sense of humanity and reality as it allowed the characters to be themselves, to fall in love, to feel pain, and alluded to as well as revealed the very real risks that Tess and her friends faced as they worked with the Society for the Protection of Science and Learning (known these days as CARA – Council for At-Risk Academics). Even though one might expect there to be only so many World War Two stories that can be told, authors like Caroline Beecham manage to unearth ones that we don’t know about.

What I like about this is that it shows that whilst we have learnt many facts, there are always things that we are unaware of – operations that happened that proved that even if the general consensus teaches us one thing, there were exceptions to that and many people had very different experiences to what the collective texts might tell us. I enjoyed Tess’s story, because it allowed her to speak for the people she was helping and she also had agency to achieve her goals, even whilst there were those who wished she wouldn’t. I loved that she was her own person and didn’t settle, giving us a realistic yet hopeful ending for the characters. Whilst I like a happy ending, I do appreciate the endings where things might not work out perfectly, because that is what life is like. I found that I could not put this one down, because I had to find out what happened to the characters – had to know who survived and how. That is what makes these stories based on reality so good – they draw on history and fiction to create the world to draw us in and bring history to life in accessible and humane ways. We can relate to fiction in different ways to non-fiction, which might be why historical fiction like Esther’s Children is so good. Because it gives a human face to the facts, and the universality of things like love, family, faith, and many other things – is something that we can all relate to. Another great historical fiction novel. 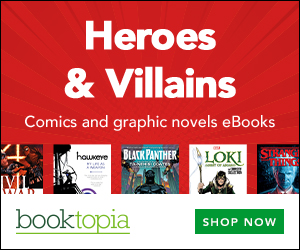