Can a birdwatcher outwit an escaped convict? Twitch has three pet chickens, four pigeons, swallows nesting in his bedroom and a passion for bird-spotting. On the first day of the summer holidays, he arrives at his secret bird-watching hide to find police everywhere. A convicted robber has broken out of prison and is hiding in Aves Wood. Can Twitch use his talents for bird-spotting in the hunt for the dangerous prisoner, and find the missing loot?

Twitch lives in West Yorkshire with his mother, and is about to embark on the summer holidays and plans to fill it with bird watching when news of an escaped convict bursts onto the scene. On the way home from school one day, he bumps into Billy as he is running away from a bully – Jack – and overhears chatter about the escaped convict, and five million pounds that has been missing for months. At the same time, Twitch notices two girls he’s never seen before, and Jack starts to act unusually kind – as though he wants to become friends. But as the summer wears on, and Twitch forms unlikely bonds with those he meets, it becomes clear that one person he’s spending time with isn’t quite who they seem. Without many friends, Twitch isn’t sure who he can trust – and as secrets come out, Twitch learns more about those in his life – mostly those at school and those that have come into his life recently. But with so much at stake for Twitch, Jack, Ava and Tippi – what will they risk, and how will they get out of the mess they are in? And – can a bunch of kids catch a crook?

Twitch is one of those gentle, special books that captures the magic of nature, family, community and blossoming friendship alongside an intriguing and complex crime. It is told in a way that is relatable for all readers – everyone has felt like an outsider at times, like Twitch, and has spent time searching for a friend or feeling like they don’t belong. Twitch is also a role model to show that you can be who you are, and not have to change to please other people – that something, or even someone, can come into your life and enrich it and from there, things might change.

This book celebrates nature and bird watching, and the beautiful friendship that comes from the least expected places, and the role that bravery plays in our lives as we discover who we are, and what we are capable of. I love that it slowly revealed what we needed to know right when we needed to know it, and gave it a sense of an introductory into the crime genre for younger readers in a way that centres the kids as the heroes, empowers them and shows that it is what makes us different and unique that should be celebrated and shared with those around us, and that maybe these quirks will bring new friends into our lives. 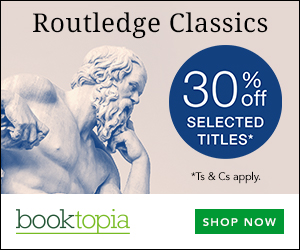 1 thought on “Twitch by M.G. Leonard”