Title: A Net for Small Fishes

Synopsis: Frances Howard has beauty and a powerful family – and is the most unhappy creature in the world.

Anne Turner has wit and talent – but no stage on which to display them. Little stands between her and the abyss of destitution.

When these two very different women meet in the strangest of circumstances, a powerful friendship is sparked. Frankie sweeps Anne into a world of splendour that exceeds all she imagined: a Court whose foreign king is a stranger to his own subjects; where ancient families fight for power, and where the sovereign’s favourite may rise and rise – so long as he remains in favour.

With the marriage of their talents, Anne and Frankie enter this extravagant, savage hunting ground, seeking a little happiness for themselves. But as they gain notice, they also gain enemies; what began as a search for love and safety leads to desperate acts that could cost them everything.

Based on the true scandal that rocked the court of James I, A Net for Small Fishes is the most gripping novel you’ll read this year: an exhilarating dive into the pitch-dark waters of the Jacobean court.

In 1615-1616, a scandal rocked the Jacobean court. In 1613, a prisoner in the Tower of London, Thomas Overvbury had died, and by 1615, King James had received information that Thomas had been poisoned, though the record suggested Overbury had died of natural causes. Several people were implicated in the death – Robert Weston, Anne Turner, and Gervase Elwes. The scandal rocked the court, and the Earl and the Countess of Somerset were tried in 1616. The fates of these people were all different, and the scandal, and what leads to it, forms the basis for Lucy Jago’s intricate story of scandal, friendship and court gossip, A Net for Small Fishes.

Lucy’s story focuses on Anne Turner and The Countess of Somerset, Frances Howard, and their friendship and what happens over the course of several years to pull them together, and the changes in their lives – annulments or deaths, plague and the rising implication of the role of witchcraft in the goings on and issues surrounding the Overbury scandal, and Frankie and Anne’s attempts to keep it under wraps. Told through Anne’s eyes, the women are given agency and a voice as they also face the expectations of wives and womanhood at the time, and the double standards of husbands being able to take on other women whilst claiming they can’t father children with their wives, yet when a woman was driven to this, she was cast as an adultress, and a witch.

The underlying themes of the fear of wise women who had knowledge of herbs and treating illness – a mistrust that led to many suspecting them to be witches. This was a time when women could be cast aside if they do not live up to expectations of the men in their lives and society. Women in these times also faced pressure to admit to things they did not to, all to absolve the façade society and the men they orbited set forth and expected. Though some men were implicated in the events Lucy Jago explores in this story, it is as though in this instance, they are peripheral, and just as responsible. Yet in this story, the women are the centre, and by no means innocent, yet their story is I felt quite compelling and intriguing and gives a hint at favourites both male and female for those at court, and the role these relationships played in the court, as well as the way they had to present themselves in public. A small contrast at times, yet an important one that highlights the power of political, romantic and platonic relationships at all levels, showing that some types of relationships – romantic, sexual, friendship – crossed the very obvious class divide that in those times, would never have been blurred as much as they can be today.

Politics are played by all – and Frankie and Anne are quite adept at it, though many feel they cannot be so clever. Spanning about 6 years, we go through the entire journey, from Frankie and Anne meeting, to the inevitable revelations linked to the Overbury Scandal and all those caught up within the scandal. It evokes a sense of time and place, and at first is slow, but this builds into a thrilling intrigue of secrets and whispers that bring about the downfall of some, and the forgiveness of others. Whether this is class-based or not, or is filled with other elements, is hinted at, but perhaps not resolved. Anyone can be accused of nefarious acts. They are all caught in the King’s net and are at the mercy of the King’s justice – and only he can decide who escapes the net, and who drowns.

A compelling, and intriguing tale of scandal in the Jacobean court, and one that is not often explored in literature. 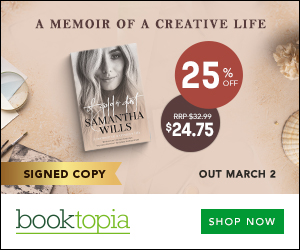 3 thoughts on “A Net for Small Fishes by Lucy Jago”