Title: Fantastic Beasts and Where to Find Them: The Original Screenplay

Synopsis: When Magizoologist Newt Scamander arrives in New York, he intends his stay to be just a brief stopover. However, when his magical case is misplaced and some of Newt’s fantastic beasts escape, it spells trouble for everyone . . .

Inspired by the original Hogwart’s textbook by Newt Scamander, Fantastic Beasts and Where to Find Them: The Original screenplay marks the screenwriting debut of J.K. Rowling, author of the beloved and internationally bestselling Harry Potter books. A feat of imagination and featuring a cast of remarkable characters and magical creatures, this is epic adventure-packed storytelling at its very best. Whether an existing fan or new to the wizarding world, this is a perfect addition for any film lover or reader’s bookshelf.

The film Fantastic Beasts and Where to Find Them will have its theatrical release on 18th November 2016.

Fantastic Beasts and Where to Find Them started life as a text book by magizoologist Newt Scamander, used by students at Hogwarts in the Harry Potter books. From that mention, it became a book for fans to buy, with the proceeds going to charity. Fifteen years later, a screenplay has been written for a movie, featuring the renowned (and fictional) Newt Scamander as he journeys to New York to continue his journey of discovery. However, his magical suitcase goes missing, and it is not long before things start to go wrong, and before MACUSA, the American equivalent of the Ministry for Magic, and No-Majs (Muggles), start to notice. One poor Muggle gets caught up, and it is up to him, Newt and two sisters to find the beasts and ensure the secrets of the wizarding world are kept a secret. Alongside this adventure is the subplot of the Second Salem group, trying to enforce their views and bring back a new age of witch hunting. Though it is just the screenplay of the film that was released on the same day, Fantastic Beasts and Where to Find Them is delightful, and it ties in nicely with the backstory to the Harry Potter novels, giving fans insight into the days of a text book author, how another nation viewed magic and dealt with secrecy, and also hinted at things to come with mention of a wizard who history told the wizarding world was dangerous, in the days before Voldemort attended Hogwarts and rose to become the most feared wizard within the world of Harry Potter.

Set in 1926, Fantastic Beasts and Where to Find Them is a tight, well-told story that has the potential to continue on in further movies. I have not yet seen the movie, and do not feel that reading the screenplay first will ruin the experience for me when I am able to: it has given me a peek at the New York wizarding world, and some insight into the characters, but only a little, and the movie will only build on that. Reading a screenplay can be a little different to reading the book: as it is less descriptive, imagining the settings and characters takes a little more time than with a novel, however, if you know the actors in the movie, then knowing what to imagine is a little easier, and I have an idea of who to expect in the role.

Another great story of the wizarding world from JK Rowling; I look foward to seeing the movie. 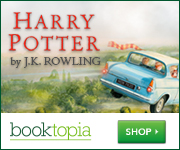 1 thought on “Fantastic Beasts and Where to Find Them: The Original Screenplay by JK Rowling”