Title: Medusa: The Girl Behind the Myth

Synopsis: A dazzling, feminist retelling of Greek myth from the internationally bestselling author of The Miniaturist, stunningly illustrated by Olivia Lomenech Gill.

Exiled to a far-flung island by the whims of the gods, Medusa has little company except the snakes that adorn her head instead of hair. But when a charmed, beautiful boy called Perseus arrives on the island, her lonely existence is disrupted with the force of a supernova, unleashing desire, love and betrayal…

Filled with glorious full-colour illustrations by award-winning Olivia Lomenech Gill, this astonishing retelling of Greek myth is perfect for readers of Circe and The Silence of the Girls. Illuminating the girl behind the legend, it brings alive Medusa for a new generation.

Jessie Burton will retell the Medusa myth in an “empowering” YA title for Bloomsbury exploring themes of “toxic masculinity and the meaning of consent”.

The Miniaturist author’s second children’s novel, Medusa, will be published in October 2020 as a hardback gift edition by Bloomsbury Children’s Books.

Burton, whose debut The Miniaturist (Pan Macmillan) was published in 2014, said that she “wanted to reclaim Medusa’s story and invite the reader into her mind” to explore gender politics following the sexual harassment claims faced by US film director Harvey Weinstein and many other powerful men.

Burton said: “So often [Medusa’s] robbed of agency, turned into a monster, and used as a stepping stone for heroes. The myth of Medusa is a tale of objectification and toxic masculinity, and the meaning of consent. Given the continuing revelations about men like Weinstein and (US president Donald) Trump, and others we have each encountered on our way through life, Medusa’s myth is ripe for the retelling.”

The myth of Medusa is one of the most well-known of the myths of the Greek myth cycles. The only mortal sister of the Gorgons, she was raped by Poseidon in Athena’s temple – and banishes her to an island, after cursing her to have a head full of snakes instead of hair. One look at her turns Perseus to stone – and it is this myth that forms the basis of Jessie Burton’s new book, which examines the role of toxic masculinity in punishing women when they are raped or taken advantage of by men, and frames Medusa as more than a monster – as a girl who was unable to consent to what a god and a goddess did to her. In Jessie’s story, Medusa shies away from society, ashamed of the snakes and ashamed of what has happened to her -she’s still just a girl, after all, and lives in fear of everything.

When Perseus arrives – hunting the monster known to him as Medusa, she finds that he could be a friend, and slowly, she starts to trust him until she finds out the truth – and he finds out her truth as well, leading to the fate we all know befalls him when he looks upon her face. Instead of framing one as the hero and the one as the monster or victim, Jessie has explored the role that toxic masculinity plays in the myth and its subsequent reception and retellings in various forms over the centuries since it was told first. It adds layers to Medusa’s story, and the way we understand the role of women in antiquity and myth, and the way they have been portrayed – as those who create problems at times, those whose actions lead to war, or those deemed monsters that men need to thwart to retain order in a very masculine and male driven world. Instead, he finds a lost girl who cannot show herself – and when she does, this leads to a new journey for Medusa.

This book brings the myth to life in a new way, and a new light that allows Medusa and the women to have a voice – to speak honestly about what happened to them, revealing a deep need to allow these voices to be heard alongside what we already know. It speaks to the current movements and conversations about consent and what this mean. What it means to have your ability to consent to anything happening to you taken away at the whim of gods like Poseidon and Athena, or by mortals who wish to fulfil a prophecy – again, who consented to being part of this prophecy – in this case, in both respects? It seemed that Perseus was a reluctant participant as well, which suggests that prophecies lack the necessary consent of participants. But at the same time, Perseus was quite happy to fulfil the prophecy towards the end of the story.

We get to explore Medusa’s mind and how she feels about what has happened to her, using gender politics and myth to find ways to understand what is happening in the world today – such as the MeToo movement, and various scandals around the world  involving rape and lack of consent, and ideas that there are those who aren’t taking this on board – stories like this provoke thought and new ways of thinking about gender politics and the way we understand consent and taking on the stories of others and who we believe. This was an interesting take on Medusa, and one that readers aged twelve and older will enjoy and engage with. 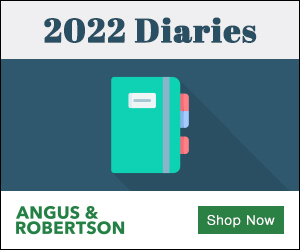