Synopsis: Imagine a world where all seems normal and yet nothing is — a world very much like our own, yet jarringly unlike. A world where two clandestine organisations, the Ghost Squad and the Base, are engaged in a secret battle for control of information so dangerous it could literally change life as humans have always known it…

A bold, exciting novel with thrilling twists and turns, The Ghost Squad is a novel that will keep readers guessing – and keep them awake at night!

The Pulse changed the world forever. It changed communications, it changed laws, and it changed society. Clandestine organisations with the sole purpose of keeping the peace, and ensuring that the dark secrets of New Haven and the cities and places that surround it are not revealed to regular citizens like Polly. Polly is left alone after her mother disappears on a case, and from there, she runs. But nowhere is safe, that is, until she meets Kel and Swan. Soon, the three are on the run from the underground organisations together – and life will never be the same.

Written as part of a PhD, The Ghost Squad is a novel filled with secrets and mystery, and characters whose motives are not always sincere. You never know who to trust – at first, I didn’t trust Swan, but slowly, he grew on me, especially as he made decisions that could have resulted in bad things happening. At the core of the novel, there is a secret battle going on that many are unaware of to control the information others receive. Many accept that the information they are given is what they will get, and others aim to undermine these organisations. Others though, do not always know why they are doing things – it seems as though even if you work for one of these secret agencies, depending on how high up you are determines what you are allowed to know.

Set in a world similar to ours yet not quite ours, The Ghost Squad feels as though it could be taking place now, or even a few years into the future. It references our world so well, and what could happen if similar restrictions were placed on us. It also felt like it drew on history, and the type of control some governments seek to have over their citizens, even if they just find a way to control certain aspects of a narrative to suit their means.

The government is trying to hide that something exists after death – the pems, the rems and the dems (all variants of reincarnated people) – Kel appears to be one, but nobody is quite sure which. This is an added mystery that sparks a core part of Polly, Swan and Kel’s journey and escape from those that want to harm them and control them. As they run for their lives, the three form a bond.

Told in third person, the novel begins with each chapter, and often the same events, or the immediate continuation events from either Polly or Swan’s perspective, which soon become melded together when they meet, and the links between them, the world they live in and what is going on become much clearer. It is a gripping novel that has the history of the world and key pieces of information peppered throughout to help the reader understand the world and what Polly and Swan are going to be facing.

Filled with secrecy and cover-ups, and with characters who have  varying degrees of trustworthiness throughout the novel, to the point where you don’t know who you can trust other than Polly, Kel and Swan.

These relatable characters who are human and flawed drive the narrative, and invite us into their world. It is up to Polly and Swan to find out how to prevent the clandestine factions from controlling people more than they should, and how they go about it and returning to their lives as best they can is told with great gusto and flair, as their world starts to change forever. A great young adult read for teens aged 14 and over. 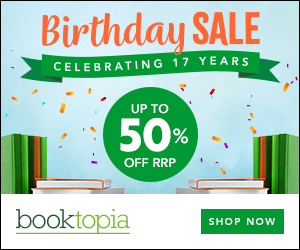 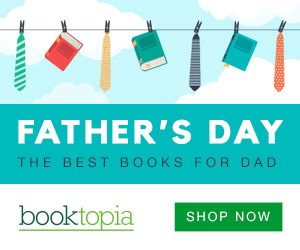 15 thoughts on “The Ghost Squad by Sophie Masson”