Synopsis: From the killing fields of Ypres to the sun-kissed vineyards of southern France, The Champagne War is a heart-stopping adventure about the true power of love and hope to light the way during war.

The heart-stopping new blockbuster by the bestselling author of The Diamond Hunter.

In the summer of 1914, vigneron Jerome Méa heads off to war, certain he’ll be home by Christmas. His new bride Sophie, a fifth generation champenoise, is determined to ensure the forthcoming vintages will be testament to their love and the power of the people of Épernay, especially its strong women. But as the years drag on, authorities advise that Jerome is missing, considered dead.

When poison gas is first used in Belgium by the Germans, British chemist Charles Nash jumps to enlist. After he is injured, he is brought to Reims, where Sophie has helped to set up an underground hospital to care for the wounded. In the dark, ancient champagne cellars, their stirring emotions take them both by surprise.

While Sophie battles to keep her vineyard going through the bombings, a critical sugar shortage forces her to strike a dangerous bargain with an untrustworthy acquaintance – but nothing will test her courage more than the news that filters through to her about the fate of her heroic Jerome.

Jerome and Sophie are set to start their lives together on Sophie’s family vineyard, but just as they wed, war breaks out across Europe, pulling everyone into a conflict that will see millions dead and missing across the battlefields of Flanders, Ypres and Gallipoli and many more. Jerome marches off within weeks of their wedding, hes marching off to the battlefields of Ypres, never to be seen again.

War drags on, and Sophie welcomes recuperating soldiers to Reims and her home. Charles Nash arrives, and over the time he spends with Sophie, he recuperates – and they form a tight bond. Sophie never gives up on finding Jerome, even while his brother, Louis, puts pressure on her to marry him. But Sophie is filled with hope that one day she will find Jerome, and as the days of war draw to an end, and stories of soldiers presumed dead, discovered under different identities start coming to light. Sophie has renewed hope that she will be reunited with her dear Jerome.

Set against the backdrop of war, and shortages that see Sophie striking an undesirable deal with someone she wants nothing to do with. The Champagne War is a testament to friendship and hope at its heart, and the power of memory to break through trauma and lead you home.

For me, the love story was Sophie and Jerome, but set against the backdrop and empowered by the horrific circumstances of war that destroyed so many lives and where the innocent lives lost had such an impact on those left behind. It was also a love story to the land Sophie and Jerome loved, and the power of that land to heal body and soul, form friendships and give Sophie the hope and the strength she needs to stand up to the devil she must make a deal with.

The horror of war, for the soldiers, for those in Reims, and for those taken prisoner, are not shied away from. We see the pain, both physical and emotional, the scars seen and unseen. The brutality of war touches everything, and the scarred landscape jumps vividly from the page, and gives a sense of time and place. As we go through the final year of the war in this book, we learn about the other costs of war: industry, humanity, and the way that people like Sophie adapted during these times, and the hope that the bad times would eventually end. Sophie’s hope and resilience drove the story and is what kept me reading – I had to see if she achieved her goals and found Jerome.

The story also alternated between Sophie, Charles and another character, which gave it its rich and vibrant feel. Revolving around these characters and their separate yet interconnected experiences make the story powerful and evocative and presents threads of a mystery to pull back and solve as you go along.

This is one of those stories that will have something for everyone who reads it, and it was the friendship and history, and hope for those we have loved for years. It gives hope in dark times, and shows that the human spirit shines through in the darkest of times. 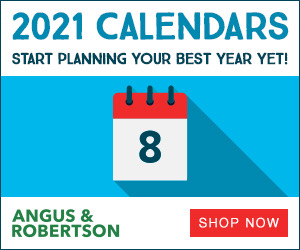 3 thoughts on “The Champagne War by Fiona McIntosh”