Synopsis: From the talented author of Whimsy & Woe comes a series about Cora Bell, who is magical – but could she also be a Havoc?

Cora Bell has discovered she is full of magic. But without her protection bracelet, she is struggling to hold onto all the powers she has gained, especially the dark magic she took from the warlock, Archibald Drake.

When Cora begins to have nightmares and visions, and unusual cracks appear on her skin, it is a race against time for Cora and her fairy friends to not only find a way to fix her magic, but also escape the hunters now chasing Cora, and search the magical world for her family.

Can Cora do it all before her magic takes control? Will she find her family? Or will she become . . . a Havoc?

We last saw Cora, Tick and Tock meeting King Clang in the fairy world. With the revelation that Cora is a syphon, the fairies must find a way to help her stay away from Archibald Drake, and keep her from falling into his clutches. They set off on a journey to keep Cora away from Archibald, but also to find a cure for the nightmares and cracks in her skin, while they search the magical world for Cora’s family – if they’re still alive.

Cora must fight to control her magic, and a chance meeting with a half-troll, Ogg, will lead Cora, Tick and Tock towards an unforeseen battle and uniting with someone least expected. As with the first book, Havoc! ends with a cliffhanger, leaving the read wanting more.

The second book in the Jinxed series delivers another exciting page turner for readers aged eight and older, especially confident readers. It is filled with magic and adventure, and a rollicking fantasy adventure, led by a wonderful girl character, who is at times brave, but also, a reluctant hero who just wants friends, a family and for things to go back to normal. To be with Dot and Scratch. These characters are rich and fulfilling and grow with each book.

This fantastic new series from Rebecca McRitchie pulls the reader along on an adventure with Cora and the fairies, Tick and Tock through the fantasy world, and the various towns and places they visit are rich in detail and unique characters drawn from what we know about various fantasy and fairy tale tropes. At the same time, these tropes are spun on their heads into unique and imaginative characters who fill the world with fun and whimsy whilst on a journey of discovery and friendship.

Cora at times feels alone – but Tick and Tock stick with her through thick and thin, proving that friendship is one of the most powerful weapons in the fight against evil, or those forces that want to destroy Cora. The syphon world is still a bit of a secret, and I hope, and think, we will learn more as the series goes on. It is a series that is best read in order, as the first two books end with a to be continued, and book two picks up immediately where book one leaves off. This gives the books a sense of urgency and immediacy: the characters need to act, and they need to act NOW!

The Jinxed series is one that is timeless. It’s not set in a specific time, and so, is a welcome escape from current events. We all need this kind of book right now, where we can just escape into another time and place, or somewhere distant and imagined. A world where what we’re facing now doesn’t exist. I gobbled Jinxed and Havoc up back to back within three or four days collectively, and I am very eager for the next book to find out what happens next! 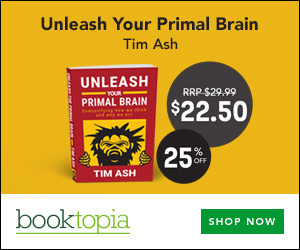 1 thought on “Havoc! The Untold Magic of Cora Bell by Rebecca McRitchie”