Title: My Girragundji – 20th Anniversary Edition
Author: Meme McDonald and Boori Monty Prior
Genre: Children’s Fiction
Publisher: Allen and Unwin
Published: 23rd May 2018
Format: Paperback
Pages: 96
Price: $14.99
Synopsis: The 20th anniversary edition of the award-winning, much loved story that tells how a little tree frog helps a boy find the courage to face his fears.
‘I wake with a start. The doorknob turns. It’s him. The Hairyman.’

There’s a bad spirit in our house. He’s as ugly as ugly gets and he stinks. You touch this kind of Hairyman and you lose your voice, or choke to death.

It’s hard to sleep when a hairy wrinkly old hand might grab you in the night. And in the day you’ve got to watch yourself. It can be rough. Words come yelling at you that hurt.

Alive with humour, My Girragundji is the vivid story of a boy growing up between two worlds. With the little green tree frog as a friend, the bullies at school don’t seem so big anymore. And Girragundji gives him the courage to face his fears.

Boori Monty Pryor was the Australian Children’s Laureate from 2012-13.

Author bio:
Meme McDonald was a graduate of Victoria College of the Arts Drama School. She began her career as a theatre and festival director, specialising in the creation of large-scale outdoor performance events. Since then she worked as a writer, photographer and on various film projects. Meme McDonald’s previous books – five of which have been written in collaboration with Boori Monty Pryor – have won six major literary awards.

Boori Monty Pryor was born in North Queensland. His father is from the Birri-gubba of the Bowen region and his mother from Yarrabah, a descendant of the Kunggandji and Kukuimudji. Boori is a multi-talented performer who has worked in film, television, modelling, sport, music and theatre-in-education. Boori has written several award-winning children’s books with Meme McDonald and was Australia’s inaugural Children’s Laureate (with Alison Lester) in 2012 and 2013.
~*~ 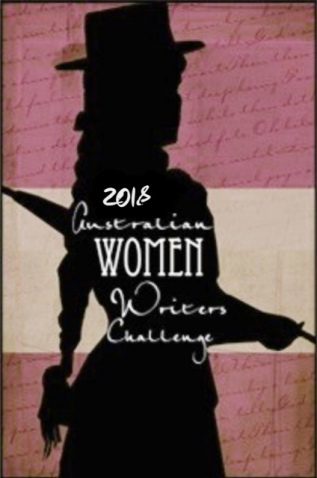 There’s something unique about Australian stories – wherever they come from – that show a connection to the land and history that feels different to other literature. In My Girragundji, first published twenty years ago, Meme McDonald and Boori Monty Prior have taken family stories and culture and woven them into a story that can be enjoyed by all.

In My Girragundji, young boy straddles two worlds: his Indigenous world and the world of wider Australia, where everyone is invited to participate but where the protagonist of this short, charming story is still isolated, and where difference can mean more than he thought it could. It is a world where the reader is introduced to Aboriginal words that are translated within the text, and that flow, and sing, sharing knowledge with all in an accessible and enjoyable way. The protagonist refers to migaloo, mozzies, and Aboriginal legends of a Hairyman, a figure who illustrates the fears his family feels, and perhaps shows a sense of isolation that they might feel from the migaloo – their word for the white people they live with and go to school with.

At school, the protagonist is caught between two worlds and tries to fit into both, and soon finds solace in a small friend – a girragundji – a frog. And he draws strength from this frog as he navigates his world and where he fits in.

I read this one quite quickly – and enjoyed the black and white photos and images that accompanied the text, giving it life and vitality next t brief, yet descriptive and emotive text, that communicated a story of strength, friendship, family and coming of age in a simple, accessible and charming way to the target audience, but also one that I hope will be enjoyed by all. Aimed at years four and five, this would be a great book to read and begin various conversations about our culture in Australia and introduce new readers to an Indigenous author, and Meme, who was a great advocate for reconciliation and worked together with Indigenous communities like Boori’s to help connect people and bring about reconciliation.

I enjoyed this read, and hope others do as well.