Synopsis:The Jade Lily is a sweeping story of friendship, loyalty, love and identity from the popular author of The Midsummer Garden.

Praise for The Midsummer Garden

‘This is a rich, sensual, and evocative novel, fragrant with the smell of crushed herbs and flowers, and haunted by the high cost that women must sometimes pay to find both love and their vocation.’ Kate Forsyth

In 2016, fleeing London with a broken heart, Alexandra returns to Australia to be with her grandparents, Romy and Wilhelm, when her grandfather is dying. With only weeks left together, her grandparents begin to reveal the family mysteries they have kept secret for more than half a century.

In 1939, two young girls meet in Shanghai, the ‘Paris of the East’: beautiful local Li and Viennese refugee Romy form a fierce friendship. But the deepening shadows of World War Two fall over the women as Li and Romy slip between the city’s glamorous French Concession and the desperate Shanghai Ghetto. Eventually, they are forced separate ways as Romy doubts Li’s loyalties.

After Wilhelm dies, Alexandra flies to Shanghai, determined to trace her grandparents’ past. As she peels back the layers of their hidden lives, she begins to question everything she knows about her family – and herself.

A gorgeously told tale of female friendship, the price of love, and the power of hardship and courage to shape us all.

Thirty-five-year-old Alexandra Laird has fled London, and returned home to Melbourne, to farewell her grandfather, who is dying. Together with her grandmother, Romy, Alexandra prepares herself for a life without him, and a new life in Shanghai, where she is being sent as a commodities trader for work. But there is a family secret that has plagued Alexandra and her family for decades, and she wants to piece it together. Her grandmother, and grandmother’s best friend, Nina, grapple with the ghosts of their past – first as Jewish refugees from Vienna, running to the only place – Shanghai – that would take them, and the years of war that tested them and that destroyed their families, and sent their lives spiralling into uncertainty, until they reached safe haven in Australia – but were still not free from the secrets they kept.

In 1938, Romy, and her parents, Mutti and Papa, are forced to flee VIenna in the aftermath of Anschluss and Kristallnacht in November. Setting off on an uncertain journey, they land in Shanghai, where they are first living in the French section of the city, and when the Japanese take over China and bring atrocities that spark memories of Kristallnacht to the forefront of Romy’s mind, into the Shanghai Ghetto. For a few years, Romy lives a fairly good life, with her friend, Li Ho, but the events following Pearl Harbour rip them apart, and have Romy doubting what she knew about her friend, and eventually, what the future holds in Australia, and with her new life with Wilhelm Cohen. 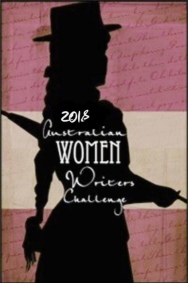 Another World War Two historical fiction for me – but this time, set in the Asian region, where the Second Sino-Japanese War was happening around the same time as the outbreak of World War Two, and where the ghosts of what happened in Europe follow Romy and her new friends into Shanghai. It is a part of 1930s and 1940s, and World War Two history that I hadn’t heard about – where Jewish refugees could escape to Shanghai where other countries refused to take them. It is a book that deals with the heavy issues of what pushes humanity to the point they have to kill others for being who they are, for being what they cannot control, or for daring to speak out – where atrocities are displayed as a warning to others, and where secrets are an unspoken currency. Secrets, it seems, that span three generations, where they are kept protecting some people, but eventually need to come out – as Romy’s did for Alexandra, with the help of diaries and letters, and a new friend from Hong Kong, Zhang.

Reading about little known history is always interesting – it allows the reader to immerse themselves in a time and place they may not know much about, whilst letting them know what happened in an accessible way, especially when the author has done exceptional research to write the book. Kirsty Manning has done an exceptional job, researching and writing about a war that I had not known had taken place, and events that were shocking to read about. They are the kind of events that one cannot fathom ever happening, but they did, and they shouldn’t have happened, and nor should they happen again. If reading all these books about humanitarian atrocities has taught me, it is that we shouldn’t be letting these things happen still, or ever again.

The dual timeline is an effective device to tell the story, as it allowed for each key character to show what their lives were like at the time – and it helped make sense of the secret, slowly, and uncertainly revealed across the story, where hints of tragedy are woven in and out of each chapter, and where each character has been deeply affected by tragic events in varying ways. It allowed for a feminine strength and voice to be revealed at a time in history where they might not always be heard, and where they might have had cultural or familial restraints and expectations placed upon them.

The power that these stories have is to show what has happened in the past, and to hopefully, send the message to never let it happen again. I enjoyed this story for its strength of female characters, and the love of friendship, and of one’s child that can force someone into a decision and a secret that they might never be able to reveal to anyone, or at least, a secret that is sheltered and kept for so many years that revealing it is a struggle.

6 thoughts on “The Jade Lily by Kirsty Manning”