Title: Girl In Between 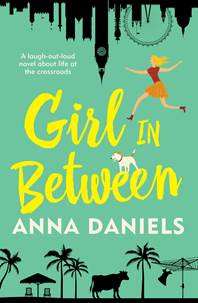 Synopsis: Life can be tricky when you’re a girl in between relationships, careers and cities… and sometimes you have to face some uncomfortable truths. The sparkling debut from comic TV and radio presenter, Anna Daniels.

Lucy Crighton has just moved in with some gregarious housemates called Brian and Denise… who are her parents. She’s also the proud mother of Glenda, her beloved 10-year-old… kelpie. And she has absolutely no interest in the dashing son of her parents’ new next-door neighbour… well, maybe just a little.

When you’re the girl in between relationships, careers and cities, you sometimes have to face some uncomfortable truths… like your Mum’s obsession with Cher, your father’s unsolicited advice, and the fact there’s probably more cash on the floor of your parents’ car than in your own bank account.

Thank goodness Lucy’s crazy but wonderful best friend, Rosie, is around to cushion reality, with wild nights at the local Whipcrack hotel, escapades in Japanese mud baths, and double dating under the Christmas lights in London.

But will Lucy work out what she really wants to do in life and who she wants to share it with?

Anna Daniels is a natural-born comedian. She originally set out to write a screenplay that was part Muriel’s Wedding, part The Castle. Instead, she wrote Girl In Between, which was shortlisted for the 2016 Vogel’s Award. She says ‘I’ve always loved comedy which not only makes you laugh but also pulls at your heartstrings. I think a lot of people may be able to relate to Lucy’s story!’

Girl in Between is a warm, upbeat and often hilarious story about life at the crossroads. Featuring an endearing and irrepressible cast of characters, it will have you chuckling from start to finish. 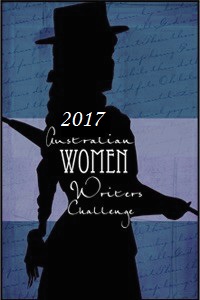 Set in Rockhampton, and London, Girl in Between is a story about the cross roads of life that Lucy Crighton, in her early thirties, is faced with. At her age, stuck between jobs, and living at home while she works towards her dream of becoming published, and recovering from a relationship that ended recently, and that she would rather forget, Lucy is in a rut. On one side, she has her parents nagging about the real world and real jobs, and at times, their slightly embarrassing jokes. On the other, her best friend Rosie, working part time, chummy with her parents, and pushing Lucy into the arms of the son of a new neighbour, and conspiring with her mother, Denise. Combine that with the re-emergence of her ex, and Lucy has become the Girl n Between: in between relationships, in between careers, in between life.

Lucy Crighton lives with her parents – Brian and Denise, a ten-year-old kelpie called Glenda, and her mother’s obsession with Cher, and a variety of hobbies that come in and out of the house all the time. Her best friend, Rosie, makes herself at home. And the people who drift in and out of their lives in Rockhampton are just as quirky and interesting, and they all ensure a story full of fun and laughs, where big mouths get people into trouble and reveal things that shouldn’t be revealed. Through a series of mistakes that anyone can make, each character is shown to be not so perfect – a refreshing change in a novel with a hint of romance, as having characters in a romance who aren’t flawed and who are perfect and where finding their path isn’t complicated can be boring. Lucy’s journey to where she finally ends up certainly isn’t boring.

There is romance in this novel, however, I quite liked that it took a while to develop and that Lucy didn’t jump into it head first, rather she floundered, and travelled and tried different things. The London chapters were perhaps my favourite, as I felt like I was there, and working with Lucy in Scribe. As an aspiring author and book lover, and someone in their thirties, I could identify with Lucy, and hopefully others will too. She’s not perfect – she has her flaws, and like characters such as Bridget Jones and Nina Proudman, she makes mistakes, and at times, seems to fumble her way around life – but we all do. That is what makes characters like Lucy so relatable.

In a story about life and the choices we make, and the people in our lives, Girl in Between is fun and contemporary, with a creatively driven character who is unwilling to settle for things but at the same time, is faced with choices that must be made, and a character who has her ups and downs. In a story where these are embraced and not swept away under the carpet, Girl in Between by Anna Daniels gives readers after something a little more in their romance novels, where romance occurs but isn’t necessarily the goal a book to enjoy. It is a story about cross roads and discovering yourself, and how things work out – and where you end up in life. The eventual romance bubbled and simmered as the story went along, which made if more enjoyable for me, as I got to experience Lucy as she found her way in life without worrying about falling in love: it was something that just happened.

Girl in Between is a delightful and funny story about finding yourself at a point in your life were not everything is working out, and finding a way to make it work.

Girl in Between by Anna Daniels is published by Allen & Unwin, RRP $29.99, available now. 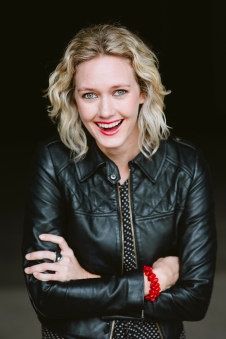 3 thoughts on “Blog Tour: Girl In Between by Anna Daniels”